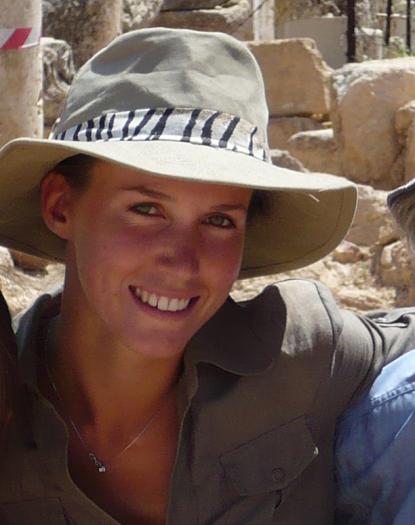 I teach European and world history in the period between around 1300 and 1100 AD, and I also teach for the undergraduate papers in Approaches to History (specialising in history and archaeology) and Disciplines of History. My teaching draws from my research methodology, combining history and archaeology. I like to unite the various regional and linguistic subfields of Eurasia into a broader vision of the medieval world. My teaching moves westward and eastward simultaneously to demonstrate the shared institutional and ideological inheritances of the Middle East, Europe and East Asia.

I offer graduate research supervision in the following areas: wealth and poverty in the early Islamic world; economic transformations from the fall of Rome to the middle ages; and comparative and interdisciplinary medieval history.

My research realises the potential of combining a wide corpus of literary sources in Arabic with physical and epigraphic evidence collected in the field and archives. My approach is both comparative and global. I look at the Middle East in a Eurasian context, drawing parallels between the Islamic world and Western Christendom, Byzantium, South-East Asia and China. My monograph with OUP, Caliphs and Merchants (700-950), Cities and Economies of Power in the Middle East offers fresh perspectives on the origins of the economic success of the early Islamic Caliphate, identifying a number of previously unnoticed or underplayed yet crucial developments, such as the changing conditions of labour, attitudes towards professional associations, and the interplay between the state, Islamic religious institutions, and the economy.

While working on my monograph, the fruitful collaborations I had with historians, economists, numismatists, archaeologists and papyrologists inspired me to further develop the comparative aspect of my research. Between 2015-18, I co-directed a Leverhulme Networking project, investigating the construction and development of the Islamic economy as a world system, stretching from Central Asia to the Atlantic between 700 and 1050. My new project investigates social inequalities in the medieval Islamic world. The purpose is to radically redefine our understanding of the relationship between wealth, social rank, the political and cultural elite in Islamic Eurasia and to explore the manner in which wealth, originally fostering tribal solidarity during the Arab-Muslim conquests, became a source of authority.

Caliphs and Merchants: Cities and Economies of Power in the Near East (700-950), Oxford Studies in Byzantium (Oxford: Oxford University Press, forthcoming)

‘Between localism and a desire for greater openness: The urban economy in southern Greater Syria from the 7th century to the end of the Umayyads’, in L. Lavan, (ed.), Local Economies? Production and Exchange of Inland Regions in Late Antiquity (Leiden: Brill, 2013), pp.363-406

Caliphs and Merchants: Cities and Economies of Power in the Near East (700-950)

I look at the Middle East in a Eurasian context, drawing parallels between the Islamic world and Western Christendom, Byzantium, South-East Asia and China.