Trinity’s MCR is composed of some 100-120 postgraduates, engaged on either Masters or Doctoral programmes. Our community, drawn from across the world, is enriched by its academic, linguistic, cultural – and culinary! – diversity.

I’m a third year DPhil student in my seventh year at Trinity. After spending two months at CERN as a undergraduate as part of the summer student program I decided to apply for a DPhil in accelerator physics. I enjoy working on a nice mix of theory, simulation and experiments both in the Oxford Physics department and at the Rutherford Appleton Laboratory, where my experiment is located.

I enjoyed living and working in Trinity for the last seven years. The MCR is a small and friendly community and there is always plenty to get involved in around College. The food at Trinity is also a highlight, whether is a post-rowing breakfast or a formal guest night! 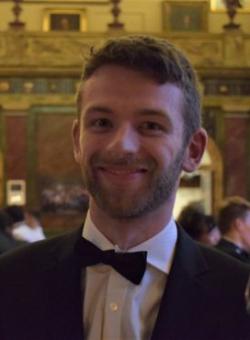 I have been studying for a DPhil Sociology degree. My thesis examines public opinion on environmental protection and how it is affected by economic conditions. I have really enjoyed my time at Trinity. The graduate community in the College is very active, welcoming, and diverse. The community organizes great events throughout the year including both formal and informal dinners and a range of cultural events. Overall, Trinity has a very friendly and warm atmosphere and it is a great place to undertake graduate study. 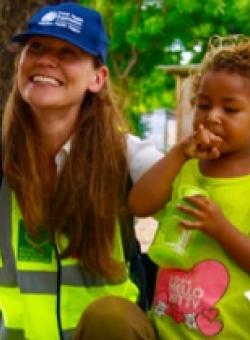 I have been undertaking my DPhil in Population Health since 2016. Prior to that I gained my BSc in Biomedical Science from the University of Aberdeen and went on to complete my MSc in Global Health Science at the Oxford Nuffield Department of Population Health. During my MSc I travelled to Guangzhou to undertake a summer placement investigating the risk factors for preterm birth in a large urban population in Southern China. This experience was incredibly rewarding, and further motivated me to expand my field epidemiology experience wherever possible, particularly in developing world settings. Much of my DPhil research involves investigating the prospective association between different measures of obesity and coronary heart disease. This research aims to provide insight in to the mechanisms underlying the effects of obesity on cardiovascular disease for the benefit of population health. As part of my DPhil studies I interned in Papua New Guinea, where I helped the World Health Organisation country office with the collection and analysis of national vaccination campaign data during the recent polio outbreak response. The picture is of me and local children in Daru (near Port Moresby) showing off their polio finger marks. Outside of my DPhil I play Volleyball and have been playing for the Oxford University Women’s first team for three years. I have enjoyed my time at Trinity tremendously. As a previous MCR social secretary, I take an active role in College life. I attend many social events throughout the year and I never fail to leave inspired by the students and lecturers. 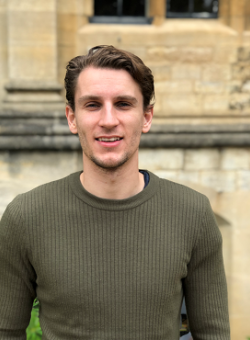 I’m Owain and I’m a DPhil student researching the Patristic exegesis of 1 Samuel 28. All this may be rather strange to you (including my name), but this crystallizes what I love most about postgraduate life at Trinity! On a daily basis, through the postgraduate community here, I’ve had the opportunity of meeting brilliant people from all over the world, from all sorts of backgrounds. I’ve been able to find out more about their fascinating academic interests (even if I don’t always understand what they do!). It’s easy to feel welcome in such a diverse community, even for this Welshman who finds himself living in England!

In terms of my academic work, and life in general, it has been a broadening and deepening experience, and I have learnt a lot in the few years I have been here in Oxford. Looking back, I can see how much my academic and professional skills have developed during my time at Trinity, and I’ve enjoyed it too! Studying here has been an immensely positive experience for me. College members and staff are friendly, it is a beautiful place to live and study, and very importantly, the food is great! It feels like home in a way I never thought an academic institution could. 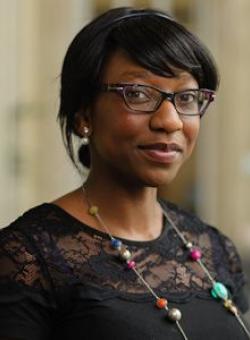 I am a Wellcome Trust funded DPhil student, a GP practicing in Oxford and also work in community cardiology. Within the Nuffield Department for Primary Care Health Services, I am attached to the infections group and the Centre for Evidence-Based Medicine. During my GP training, prior to my DPhil, I was an NIHR funded academic clinical fellow (ACF). Whilst completing my ACF years, I developed a keen interest in improving the diagnosis and management of common bacterial infections in the community. My DPhil is focused on the use of non-antibiotic option, specifically cranberry extract, to manage the symptoms of urinary tract infections and reduce antibiotic use. I intend to use varied research methodologies to explore this during my DPhil. 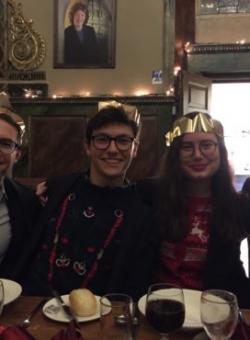 I am a DPhil student in Atmospheric, Oceanic and Planetary Physics, and the 2019-2020 MCR treasurer. In my spare time I enjoy playing squash and reading (fiction, not research papers..!). I am from Winchcombe, a small countryside town in the Cotswolds. Before arriving at Trinity, I studied Mathematics at the University of Exeter.

My research is centered around studying atmospheric circulations of slowly-rotating/small sized planets. The Earth is a ‘rapidly-rotating’ planet, in the sense that the Earth’s rotation is dominant in driving the atmospheric circulation. It is responsible for the jet stream and the frequent storms that we experience here in the United Kingdom! On slowly rotating planets, such as Venus and Titan (one of Saturn’s moons), the effect of rotation is unsurprisingly much weaker and this has surprising consequences! On both planets the wind at the equator is extremely fast and super-rotates; on Earth this would mean that the wind would flow from the West to the East, in the opposite direction to which it currently flows. On Venus, winds reach speeds in excess of 100 meters per second. The aim of my project is to better understand what controls the strength of the super-rotation in the planetary atmospheres. Understanding super-rotation as a general process will give insight into the driving forces behind the super-rotation we observe on Venus and Titan, and additionally may enable us to better interpret future observations of exoplanet atmospheres, where exoplanets are planets orbiting stars other than the Sun. My DPhil project is supervised by Professor Peter Read, who coincidentally, is a fellow at Trinity.

When I’m not working, I spend most of my time in the Middle Common Room (MCR), or out and about in Oxford with friends. The Trinity MCR has been the most wonderful surprise since arriving in Oxford. Of the friends I have made in Oxford, most are MCR members, including all of my closest friends. They study a wide range of subjects, ranging from English and Law to Genetics, and come from all over the world! In the photograph above, I am pictured with three of my friends in the MCR, Alessandro (furthest left), Johann (second from left) and Marta (third from left) at the College’s Christmas dinner. Perhaps the other big surprise since arriving in Oxford has been Trinity itself. It cannot be stated strongly enough bow welcoming and friendly Trinity is. Particular thanks are owed to the Porters, and Trinity’s President, Hilary, who between them are a friendly, chatty, and reassuring presence in Trinity that makes it feel like home.

The central university site provides a comprehensive guide to graduate courses, as well as a detailed application guide.