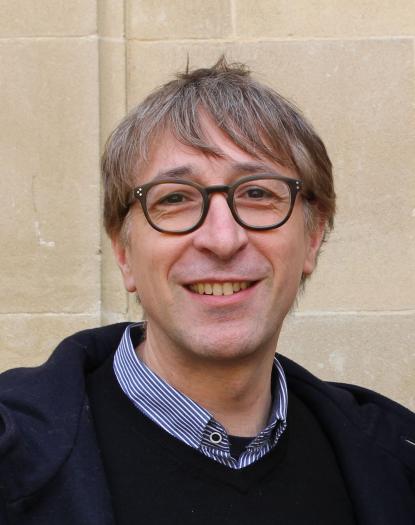 In Trinity, I teach first-year students in English for Prelims Paper 3 (Literature in English, 1830-1910) and Paper 4 (1910-Present), as well as parts of Introduction to English Language and Literature. For the Final Honours School, I teach Paper 5 (1760-1830), as well as a range of dissertation topics in the nineteenth and twentieth centuries. In the English Faculty I lecture mostly on the literature of the fin de siècle, aestheticism and decadence, including graduate (MSt) courses in these areas.

I work mostly on the literature of the fin de siècle, and specialise in comparative literature, the reception of classical antiquity, the relationship between literature and visual culture, and the study of gender. I am particularly interested in how texts and ideas are transmitted across space and time, and in the dynamics of cultural exchange, cultural conflict, and translation.

My first monograph, British Aestheticism and Ancient Greece (2009), explored the influence of classical Greek culture on a number of authors, not all of whom had a classical education. After that, I have edited volumes on, among others, the European reception of Oscar Wilde, the nineteenth-century poet Algernon Charles Swinburne, Walter Pater, literature and sculpture in the fin de siècle, and the decadent poet, critic, and translator Arthur Symons.

I am currently completing a book on literary cosmopolitanism at the turn of the twentieth century entitled Citizens of Nowhere, which is due out in 2021. Together with Catherine Maxwell, I am the general editor of the MHRA ‘Jewelled Tortoise’ series, which prints scholarly editions of aesthetic and decadent literature in affordable paperbacks.

As part of my ongoing research on literary cosmopolitanism, I was awarded an AHRC fellowship and a British Academy mid-career fellowship. I have held a number of visiting professorships in academic institutions abroad, including Paris-Sorbonne, Paris-Nanterre, and Bologna, as well as universities in Japan and Taiwan. From 2021, I will be part of the ERC-funded project ‘Chromotope’, on the cultural history of colour in the nineteenth century, led by Charlotte Ribeyrol (Paris-Sorbonne).

You can find out more about my work at:

‘Decadence and the Classics’, in The Oxford History of Classical Reception in English Literature, vol.5, After 1880, ed. by Kenneth Haynes (Oxford and New York: Oxford University Press, 2019)

The Reception of Oscar Wilde in Europe (London and New York: Continuum, 2010)