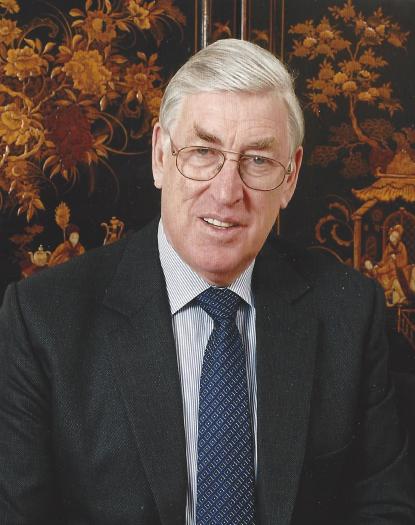 I joined IBM(UK) in 1962 as a Trainee Instructor, became a Systems Engineer then moved into management in 1969, becoming CEO in 1986 and adding Chairmanship in 1990. I started my portfolio career towards the end of that time joining the Boards of General Accident and Smith & Nephew.

In 1993 I started my career as a serial chairman in three main areas. In the Public sector I led the privatisation of UKAEA in 1996, then chaired the Medical Research Council, the Nuclear Decommissioning Authority, EngineeringUK and the Natural Environment Research Council. In parallel I chaired four flotations, General Cable (cable television), AEA Technology, IX Europe (datacenters) and SThree (recruitment). From my interest in music I sat on the ENO Board for 12 years, becoming Deputy Chairman and then chaired the Royal College of Music.

My other main interest from the mid-eighties was the environment and in1989 I was asked by the Prince of Wales to set up Business in the Environment, which I chaired for ten years. Inevitably there were also a number of Government committees – the most interesting being the Industrial Development Advisory Board and the Committee on Standards in Public Life. None of this could I have imagined during the many hours I spent playing Bridge on Staircase 12, so perhaps I should go back to Greats – I was delighted to become the President of the Classical Association for 1995-6.