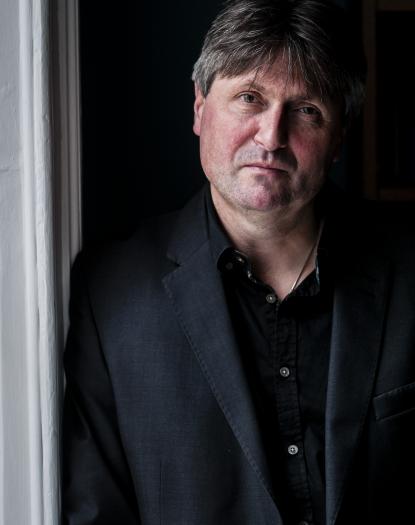 I was born in Marsden, West Yorkshire.  As well as being a poet, I am a playwright, librettist, broadcaster and songwriter and I write extensively for theatre, television and radio.

I have received a number of accolades including the Sunday Times Young Author of the Year, one of the first Forward Prizes, an Eric Gregory Award, a Cholmondeley Award, a Lannan Award, the Keats-Shelley Poetry Prize, the Hay Poetry Medal and a Ivor Novello Award for the lyrics in the BAFTA-winning television film 'Feltham Sings'.

I am Professor of Poetry at the University of Leeds and between 2015 and 2019 was Professor of Poetry at the University of Oxford.  In 2019, I was Visiting Professor at Princeton University in the USA. In 2020 I published my thirteenth full collection of poetry, Magnetic Field. I am also the author of two novels and three best-selling memoirs, All Points North, Walking Home and Walking Away. My modern translation of Sir Gawain and the Green Knight has sold over 100,000 copies and my translation of the medieval poem Pearl won the international PEN America Award for Poetry in Translation.

My theatre works include The Last Days of Troy, performed at Shakespeare's Globe in 2014. I write and perform with the band Land Yacht Regatta (LYR) whose debut album Call In The Crash Team was released in May 2020. In 1999 I was named the Millennium Poet. In 2004 I was elected a Fellow of the Royal Society of Literature. In 2010 I was made CBE for services to poetry and in 2018, awarded the Queen’s Gold Medal for Poetry. In May 2019 I was appointed Poet Laureate.