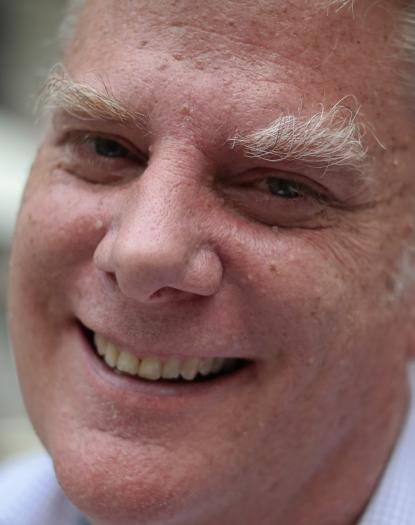 I am currently the Executive Director of the Institute for Digital Archaeology, a research consortium dubbed “the new monuments men” by Newsweek magazine for our efforts in the areas of heritage preservation and reconstruction. Working with national governments, major universities and leading NGOs, the IDA’s varied projects, at sites from Sutton Hoo to Samarkand, emphasize the fusion of modern digital tools and traditional archaeological techniques. Our reconstructions are featured in museums around the world including, most recently, the Cast Courts at the Victoria & Albert Museum.

I came to Trinity in 1984 to read Old English with the legendary Eric Stanley, then Rawlinson & Bosworth Professor of Anglo-Saxon. My research focus was the evolution of the early English liturgy.

Since leaving Oxford, I have had a varied career, working primarily as a government lawyer and academic. In the former capacity, I was a public prosecutor in the United States, specializing in high-profile murder cases. I also served on the parole board, helping to implement emerging evidence-based assessment tools that have since become a global standard.  Rounding out the picture on the legal side, I was a member of the Massachusetts Commission Against Discrimination (America’s oldest civil rights enforcement agency), Editor-in-Chief of the Massachusetts Law Review, and a Lecturer at Boston University Law School for twenty-five years where my specialty was appellate advocacy.

For about ten years, I wrote a weekly column for the Boston Herald. I am also the author or co-author of numerous scholarly articles and books on both legal and historical topics, lecture frequently on the philosophy of heritage preservation, and am the co-publisher of Arion magazine.