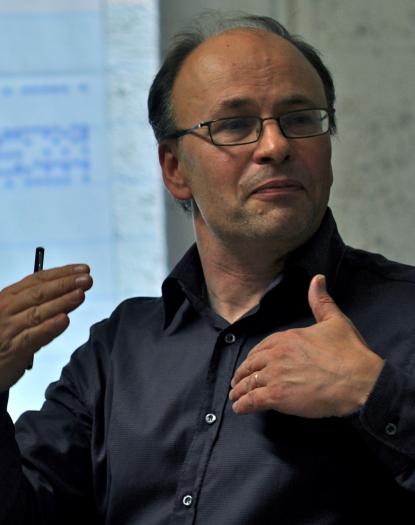 I teach Trinity students for the Music Analysis papers in both Prelims and Finals. I also do some teaching for Techniques of Composition, and I teach twentieth-/twenty-first century topics such as ‘Modernism in Vienna, 1900-35’. I have experience of teaching most areas of the Oxford undergraduate course. I also hold a lectureship at Oriel College.

As a composer my music has been performed across the UK, in Belgium, Netherlands, Poland, Italy and Germany, and broadcast on Radio 3. Performers have included The Swingle Singers, Hilliard Ensemble, Britten Sinfonia, Coull String Quartet, Jane Manning and the London Schubert Players. A major collaboration with the medieval ensemble Mediva culminated in a CD recording which was nominated for an ICMA Classical Music Award. I have also won a number of other composition awards (PA Composition Award, Composers’ Guild of Great Britain/MCPS Prize and a Serocki International Composer’s Competition prize).

I have published articles on Schoenberg, Lutoslawski, Walton and Schnittke. My arrangement for chamber orchestra of Schoenberg’s Piano Concerto has been performed in Vienna, Italy and the UK and is published (including for performance hire) by Schirmer/Belmont music.

I regularly write (well-reviewed) liner notes and other material for Odradek Records, an award-winning musician-led label. These have included recordings of Schoenberg, Elliott Carter, Unsuk Chin and Akira Miyoshi.

You can find out more about my work here.

An Interview with composer Hugh Collins Rice about Sequences

Witold Lutosławski and the Craft of Writing Nothing Tempo 253 (2010)

From reviews of Hildegard Sequences: