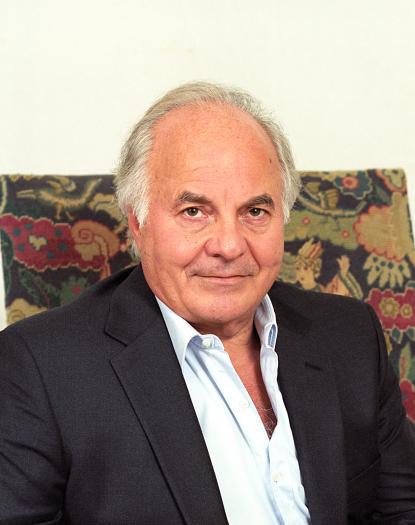 I was born and brought up in South Africa and took degrees in Commerce and Law. I worked initially as a lawyer then turned to banking, serving on numerous boards including Rand Merchant Bank Limited, Lenco Holdings Limited and Malbak Ltd. before emigrating to the UK in 1987. In the UK I co-founded two stock-broking firms and thereafter, founded Anglo Suisse Investments Limited, an investment holding company. One of its wholly owned subsidiaries, Sharp Interpack, was the first company in the UK to be able to process food grade packaging from recycled materials. In 2007 it received the top award for its commitment to health, safety and the environment.

In addition to my commercial pursuits, I am Chairman of Classics for All, a Charity which funds the teaching of Latin, Greek and Classical Civilisation to more than 50,000 pupils in 900 State Schools in the United Kingdom and am Life President, Deputy Chairman and Trustee of the Oxford Philharmonic Orchestra, the Orchestra in Residency at Oxford University. I am Chairman of the Rhodes University UK Trust and a Governor of Rhodes University. I am Chairman of the Gunmakers’ Company Charitable Trust and a Trustee of Kingswood College Centenary Trust and Scholarship and Bursary Trust. I am a Patron of many arts organisations, including the Oxford Festival of Arts, the Ashmolean Museum in Oxford where I am Honorary Life Member of the Elias Ashmole Group, and am also a Patron of Garsington Opera.