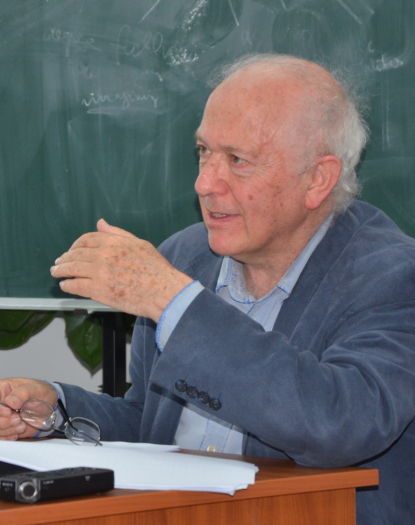 I was Cambridge University’s Laurence Professorship of Ancient Philosophy, retiring in 2014. I remain academically active and am a Life Fellow of Christ’s College.

Although my training in philosophy at Trinity did much to shape my intellectual style, I am primarily a classical scholar. (I edited Classical Quarterly for six years, Oxford Studies in Ancient Philosophy for nine.) One recurrent passion has been deciphering fragmentary philosophical texts on papyrus – some preserved at Herculaneum by the Vesuvian eruption of 79 CE, many others from Egypt. Outside that field, I have published two books on Plato and one on the Roman poet Lucretius, and co-authored what has come to be known as ‘Long and Sedley’ – A.A. Long and D.N. Sedley, The Hellenistic Philosophers – still seemingly going strong in its fourth decade. Another monograph, Creationism and Its Critics in Antiquity, is based on my Sather Lectures at Berkeley in 2004. I am currently writing books on ancient theology and on Plato’s Phaedo.