John Henry Newman was an undergraduate and scholar of Trinity from 1816–22, and Trinity’s first Honorary Fellow, elected in 1877. In his Apologia pro Vita Sua, he wrote of how, on the eve of his conversion to Rome, he ‘….took leave of my first College, Trinity, which was so dear to me, and which held on its foundation so many who had been kind to me both when I was a boy, and all through my Oxford life. Trinity had never been unkind to me.’ His canonisation took place in Rome on Sunday 13 October 2019. 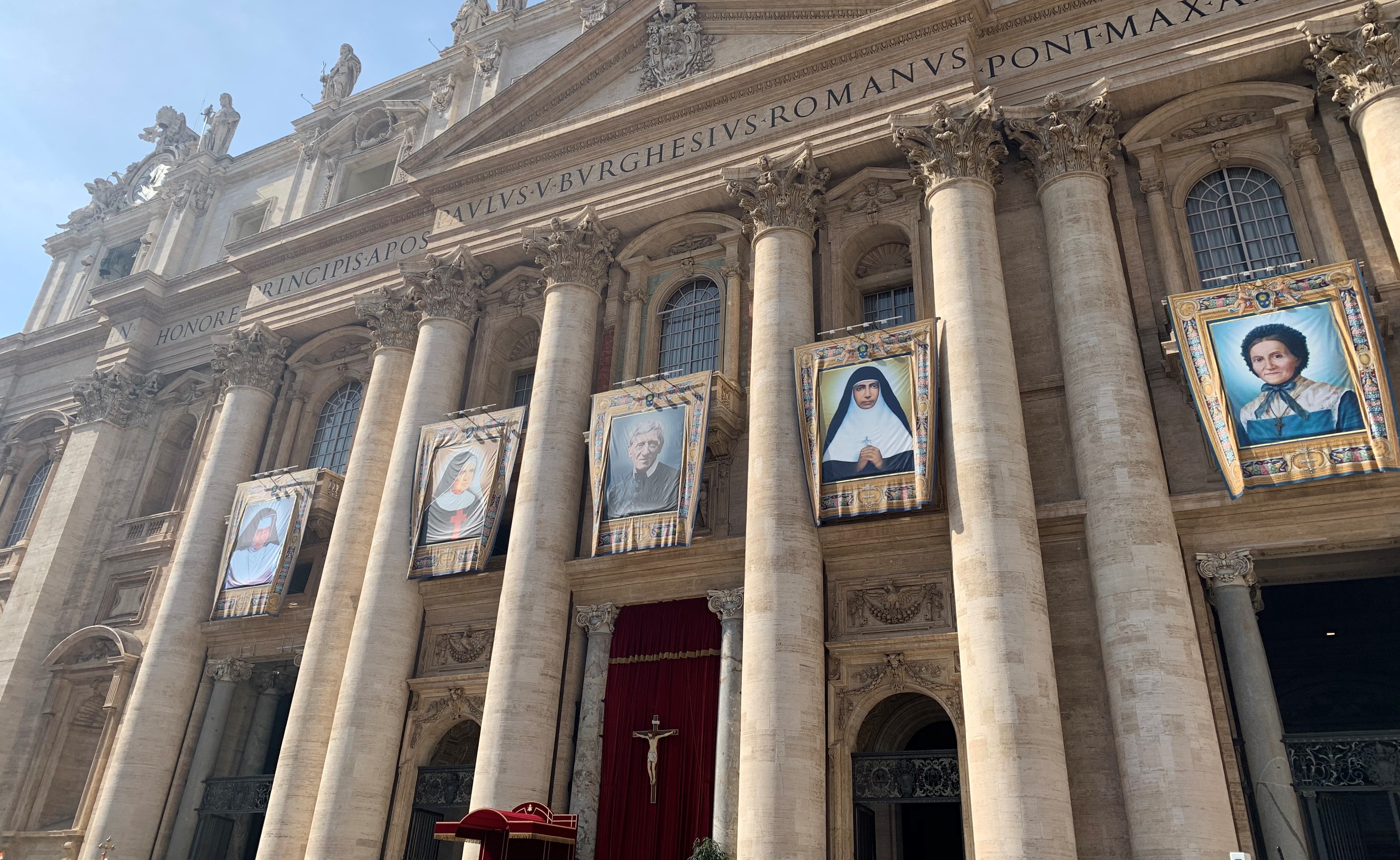 John Henry Newman is a significant figure in the religious history of 19th century England; a theologian and poet, his role in the Oxford Movement of Anglicans (who hoped to return many pre-Reformation Catholic beliefs and rituals to the Church of England) and eventual reception into the Catholic Church made him a nationally-known figure by the mid-1830s. He is remembered as a preacher, educational visionary, and one of the most significant modern theologians of the Roman Catholic and Anglican churches.

Newman was born in London in 1801, the son of a banker. In 1816 he experienced a religious conversion to evangelical Calvinism, after which he felt that God was calling him to lifelong service. In 1816 he was admitted to Trinity College, Oxford, as an undergraduate and in 1822 he was elected to a fellowship by examination at Oriel. In 1824 he was ordained and became a curate at St Clement’s church.

Together with John Keble and Edward Pusey, Newman became one of the driving forces of the Oxford or Tractarian Movement. This movement argued for the protection of churches from control by the state and for the preservation of ‘apostolic faith’. It sought to reestablish some early Christian doctrines and practices in Anglican theology and liturgy and defended Anglicanism as one of the three branches of the Catholic church (together with Roman Catholicism and Orthodoxy), which offered a via media between Catholicism and evangelism. From 1833 he published a series of articles, sermons, and ‘Tracts for the Times’. Some of these were criticized as undermining the Protestant nature of the Church of England, and by 1835 Newman was in dispute with both theological liberals and evangelicals.

In 1839, Newman’s reading of the Church Fathers began to undermine his confidence in Anglicanism as a legitimate branch of the Church and a via media. A period of doubt and intense study followed. In 1843 Newman resigned as vicar of the University Church. In 1845 he resigned his Fellowship of Oriel and was received into the Roman Catholic Church.

Newman travelled to Rome to study for the priesthood. On his return in 1848 he founded and became the superior of the Birmingham Oratory, where priests who were not monks or friars could share a religious life. In 1852 he travelled to Dublin to advise the Irish Catholic Church on the establishment of a university. He became the first Rector of the Catholic University of Ireland and there delivered the lectures which became the first part of The Idea of a University (1873), now regarded as a classic argument for the benefits of a liberal education.

Newman died in 1890 in Birmingham. In 1991 Newman was declared by Pope John Paul II to be ‘Venerable’, the first formal step towards canonization. In 2010 he was beatified by Pope Benedict XVI, and in 2019, following the confirmation by Pope Francis of his necessary second miracle, the Vatican announced the canonisation of Newman to take place in Rome on Sunday 13 October 2019. 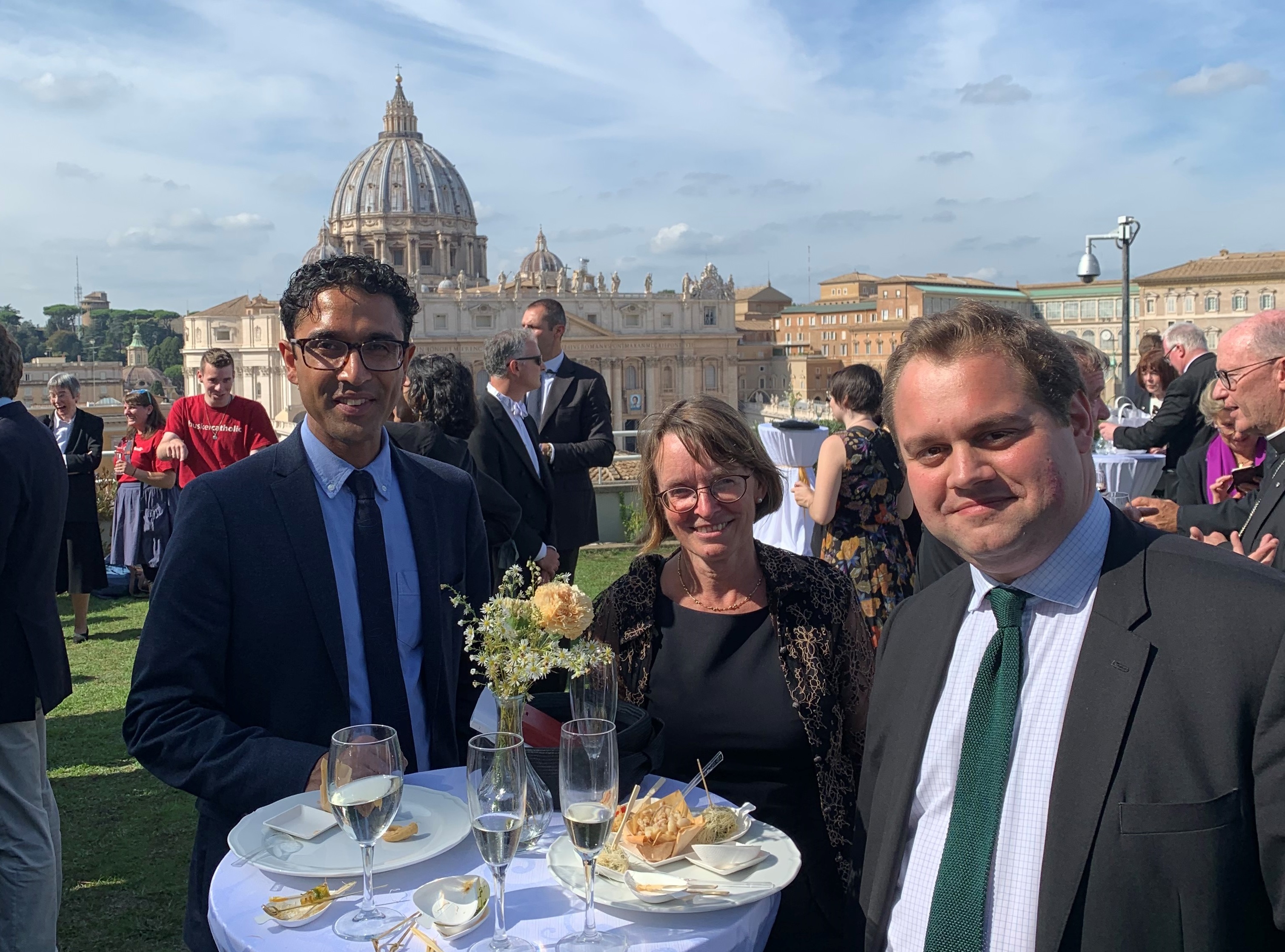 Newman was admitted to study at Trinity College at the age of sixteen in 1816, and he formed a deep and lasting affection for the college. In his Apologia pro Vita Sua, he wrote of how, on the eve of his conversion to Rome, he ‘….took leave of my first College, Trinity, which was so dear to me, and which held on its foundation so many who had been kind to me both when I was a boy, and all through my Oxford life. Trinity had never been unkind to me.’

Newman was admitted to Trinity College in 1816, although he had to wait for two terms for a set of college rooms to become available. He came into residence on Sunday 8 June 1817, and wrote his first letter home three days later. Then, as now, all undergraduates were required to wear a short commoner’s gown at Dinner.

Newman was confirmed and made his first Communion in the Trinity College Chapel, on Sunday 30 November 1817. This remained a very important place to him throughout his life, and he treasured a photograph of the Chapel’s interior in his rooms at the Birmingham Oratory.

His first published writing was an anti-Catholic verse romance, St Bartholomew’s Eve (1818), which he wrote with his close college friend John William Bowden. In the Long Vacation of 1820 Newman was given special permission to use the library as he prepared for his final examinations in classics and mathematics.

Trinity’s dining hall includes a portrait of John Henry Newman painted by Bessie Johnson, daughter of John Percival (President of Trinity from 1878-87) as a gift to the College when the family left Oxford. It is a copy of a portrait by Walter William Ouless, which hangs in Oriel College. Newman wears his Cardinal’s robes, and a golden Cardinal’s hat that adorns the frame.

Following his conversion to Roman Catholicism in 1845, Newman stayed away from Oxford for over 30 years, until he was invited by Rev. Samual Wayte (President of Trinity from 1866-78) to become the college’s first ever Honorary Fellow. 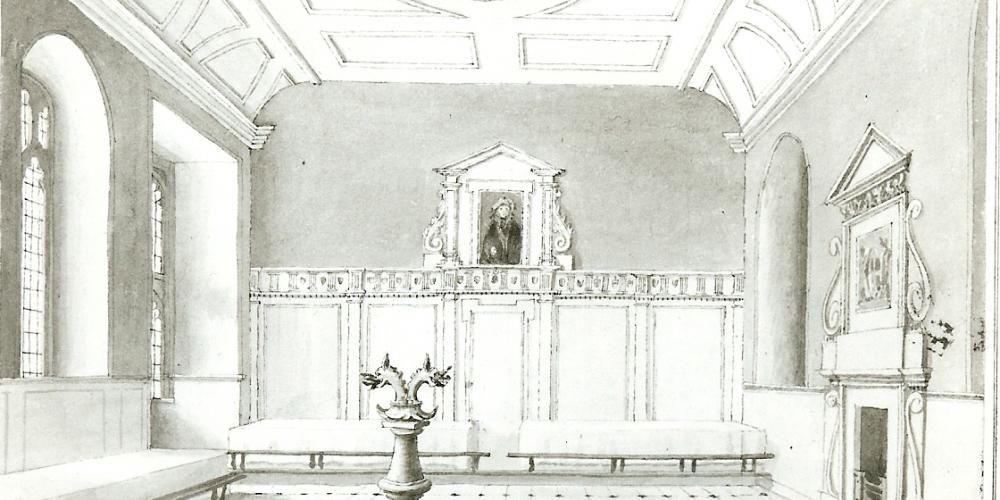 ‘At dinner I was much entertained with the novelty of the thing. Fish, flesh and fowl, beautiful salmon, haunches of mutton, lamb etc and fine, very fine (to my taste) strong beer, served up on old pewter plates, and mis-shapen earthenware jugs. Tell Mama there are gooseberry, raspberry, and apricot pies.’
(Letters and Diaries, Newman to his father, 11 June 1817) 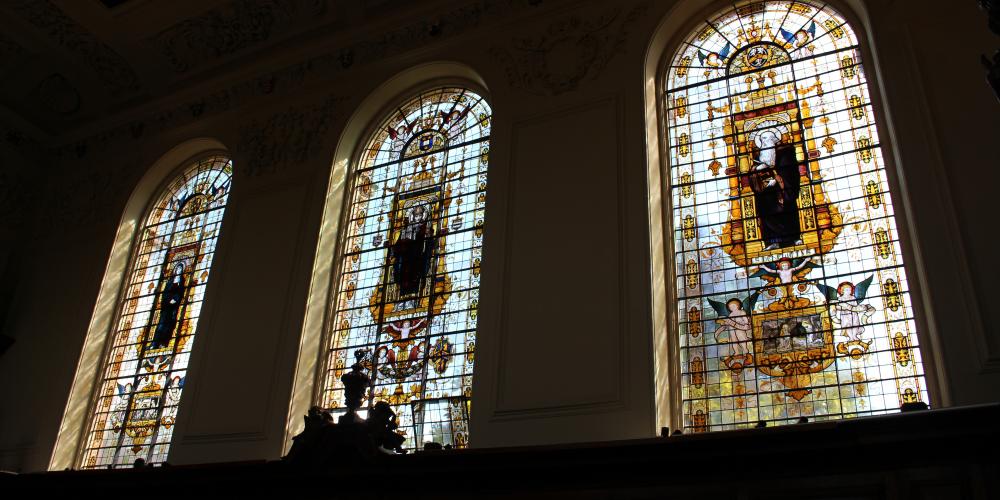 ‘I look at that communion table, and recollect with what feelings I went up to it in November
1817 for my first communion – how I was in mourning for the Princess Charlotte, and had silk black gloves – and the glove would not come off when I had to receive the Bread, and I had to tear it off and spoil it in my flurry …’.
(Newman, Philosophical Writings, 195, 197) 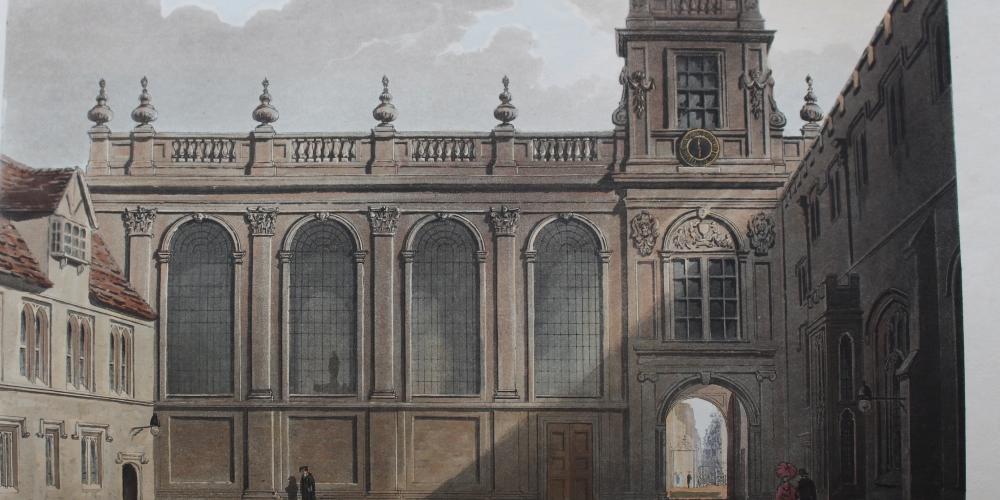 ‘Here at Oxford I am most comfortable. The quiet and stillness of every thing around me tends to calm and lull those emotions, which the near prospect of my grand examination and a heart too solicitous about fame and too fearful of failure are continually striving to excite. ’
(Letters and Diaries, Newman to his brother Francis, 17 August 1820) 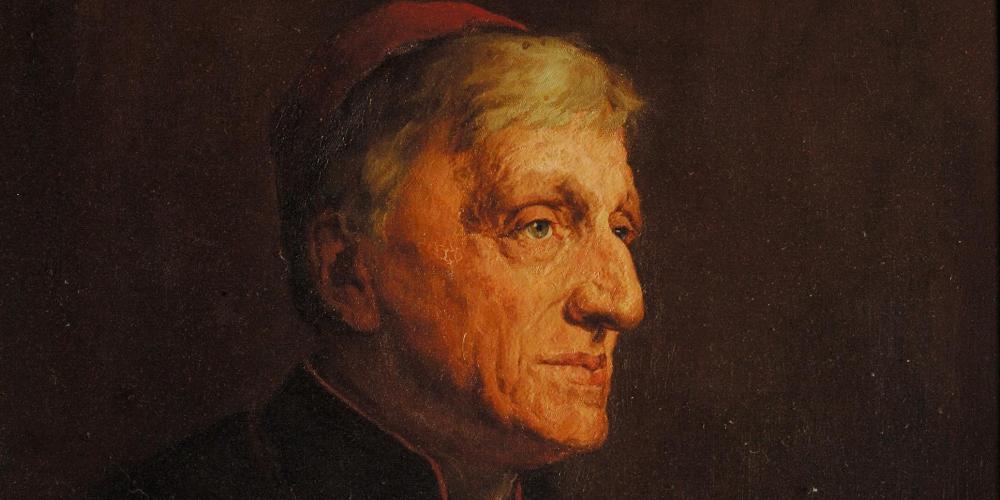 A portrait of John Henry Newman to the right of the fireplace in Trinity’s Dining Hall was painted by Bessie Johnson, daughter of John Percival (President of Trinity from 1878-87) as a gift to the College when the family left Oxford.