Trinity College is greatly saddened by the death of Mike Inwood, Emeritus Fellow and former Fellow and Tutor in Philosophy. He died peacefully on the evening of 31 December.

Mike was born in 1944. He studied as an undergraduate at University College and then became Senior Scholar at Worcester, before coming to Trinity in 1967 as Fellow and Tutor in Philosophy. He retired in 2011, but continued to come into College regularly, despite failing mobility, until the start of the Covid pandemic. His philosophical interests ranged widely, but he was especially well known for his work on Hegel and Heidegger and in ancient philosophy. He won admiration for his clear and lucid style and ability to present to the modern reader what had previously been perceived as difficult and obscure elements in nineteenth-century philosophy. He was spoken of warmly by his students, who appreciated his kindness and his breadth of knowledge, and who will no doubt recall his room, which was legendary for the piles of books occupying almost every available surface.

Mike was a familiar figure in College and a much-loved and respected member of the Fellowship. For over forty years, he played a significant role in College, as a tutor, as Junior Dean and then for many years, as Dean of Degrees, responsible for presenting all Trinity students at the degree ceremonies in the Sheldonian.

The college extends its deepest sympathy to Mike's widow and family; the college flag is flying at half-mast in Mike’s honour. There will be a memorial service later in the year and further details of that will be circulated to his former students nearer the time. 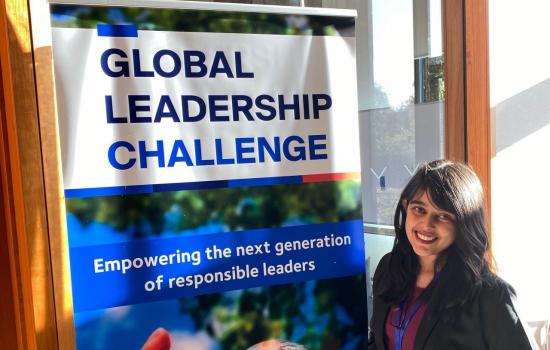 Student Recognised as Part of Next Generation of Development Leaders

Trinity postgraduate Rai Sengupta has been recognised for her commitment to furthering global sustainable development. 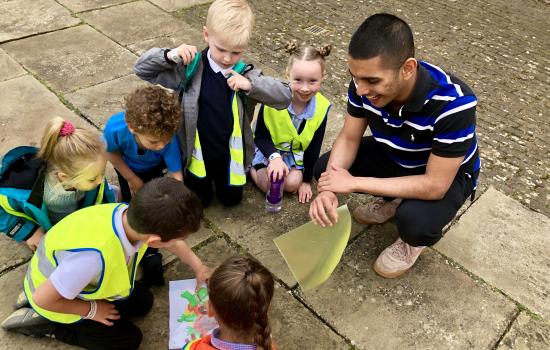 Trinity will be one of five Oxford University colleges to take part in a new pilot to address educational inequality in Oxford’s primary schools. 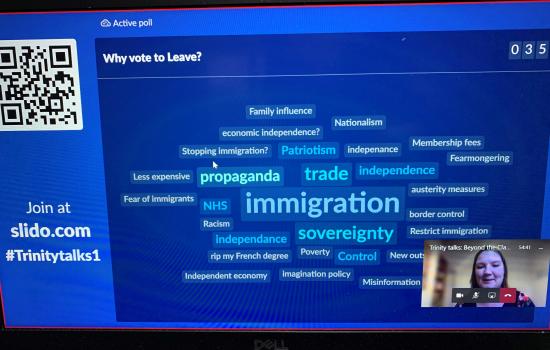